Chavdar Tale Satyagraha was led by Dr. B.R. Ambedkar on 20th March, 1927, to assert the rights of the untouchables to drink & take the water from a public tank, known as Chavdar Tale ( means “tasty lake” in Marathi ), situated in Mahad, Raigad District, Maharashtra. The Satyagraha was also known as, The Mahad Satyagraha.
Shri. S. K. Bole, leader of the non-Brahmin Party, had moved a resolution in Bombay Legislative Council, on 04th August, 1923, to allow the use of all public water places, wells, dharmashalas, high schools, courts, offices & dispensaries, by the untouchable classes. The Bombay Government on September 11, 1923, gave effect to the Bole Resolution. However, many Muncipalities denied the grant of this civil rights to the Depressed masses. Shri. Bole moved another resolution on 05th August, 1926, directed towards not giving grants to the defying Municipalities & Local Bodies who refused to give effect to the Resolution passed by the Council three years earlier.
To implement the Resolution, The Mahad Municipal Borough, due to the initiative taken by Shri. Surendranath Tipnis, threw the Chavdar Lake open to all the communities. Unfortunately, the caste-Hindus were agitated and the untouchables were thereby hesitant.
The Bahishkrit Hitkarni Sabha, on March 19th & 20th, 1927, called for a conference of Untouchables, at Mahad. It was attended by 10,000 delegates. Dr. Ambedkar was the President of this Sabha. After, the conference, all 10,000 delegates marched in a procession to the Chavdar Tale, to drink the tasty water of the tank & establish their right passed by the Bole Resolution. 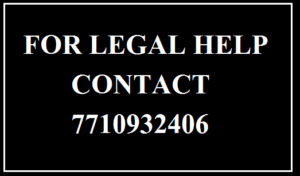